The first time I was in the other end of a feedback form was in my second year of college. I joined the organization of student volunteers for the university’s disciplinary office and one of our tasks was to conduct an annual week of lectures to new freshmen on the rules and policies of the school.

When I began presenting, I didn’t let it faze me when I saw a lot of students were on their phones instead of paying attention. A lot of the rules I had to cover were the obvious rules you’d find in any educational institution – cheating is wrong, don’t hurt others, don’t bring weapons into the campus – so I didn’t think I had to catch their attention until I mentioned specific rules that applied to the university.

By the end of it, once we had gotten the evaluation forms back, most of it were just people who circled the highest ratings without a second thought and didn’t leave any written feedback on our presentation. There were a few comments saying I should speak louder, but overall, I thought I was doing a pretty good job that majority didn’t bother criticizing me or my partner.

At the final day of the week, I had one more classroom to handle. This time, however, they were students from the education college, and they were very interactive and participating in the discussion. I noticed that a lot of them were writing feedback. When I got it back, almost half had left written feedback, a few of them about me. They were saying I wasn’t speaking loud enough, that I wasn’t as good of a speaker as my partner was, and I wasn’t as fun to teach the policies as my partner.

It was a blow on my self-confidence, and I wondered if people weren’t listening in my first few lectures because I was really bad at it. I’d be lying if I said the comments didn’t make me feel bad for a while. But it was an experience that taught me to have a “bounce back” sort of mindset. So, I improved, learned how to project my voice and make lectures more entertaining, and by next year was performing much better than the previous one.

I know that it hurt looking at criticism and feedback that isn’t really in your favor. But if you can separate the hurtful words from actual constructive criticism and learn how to bounce back and learn from your mistakes, having actual feedback from your audience can help you improve as a trainer. 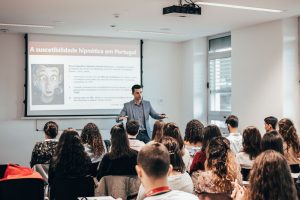 While you should take what your audience says as feedback, there are some comments you should take with a grain of sale. Some feedback – both good and bad – are not very useful to your improvement. At the same time, useful feedback may be uncomfortable to read. However, if you want to improve the way you communicate with your listeners, you’ll have to listen to what they say about your presentation.

Feedback comes in many forms. In this case, we’ll be focusing on written feedback given after your lecture, but sometimes you can already see feedback while you’re presenting. When you see members of your audience yawn, fiddle with their phones, or find something else to pay attention to, that’s considered non-verbal feedback.

Useful feedback is feedback that helps you improve. It helps to hear polite applause or someone telling you “well done” at the end of the day, but these don’t really help you improve. A compliment reinforces the quality of your work – this is called positive feedback – while criticism that points out the flaws in your presentation is negative feedback. However, both positive and negative feedback can be a form of useful feedback if it helps you to find points you should continue and points for improvement.

As a lecturer, you’ll soon learn how to tell apart useful feedback from all the other comments. What I’ve learned is that it’s much more effective to you as a writer if you ignore both the best and worst comments you receive for any lecture. Look at it as a spectrum: there will always be a few outliers saying you’re a great speaker and then some saying you’re the worst. Most of the evaluators, however, will be somewhere in the middle – that’s the feedback you have to consider.

It’s better to hear from your audience. 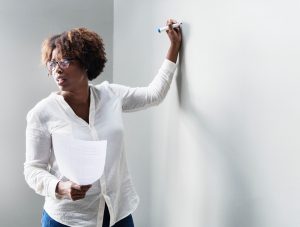 Remember, you’re not speaking for yourself. You’re speaking because you want your audience to learn something for you. And if you keep believing that you’re doing a good job and never taking the time to find out how your audience really feels, then you’re not really doing a good and effective job. I find that it’s most effective to get feedback during and after. You can see feedback from the way they participate, ask questions, or act throughout your lecture.

You learn while they learn, so don’t take it personally.

While they learn from the information you’re providing, you learn how to improve your communication skills for your next lecture. And as you learn from your feedback, you become a more effective and efficient speaker. That’s why it’s much more important to get honest, useful feedback than feedback that will make you feel better about yourself at the end of the day.

When you’re speaking in front of friends and having a casual chat, no one’s going to criticize you for talking the way you naturally do because they’re your friends and they’re here for you. But when you’re talking in front of a group of strangers and lecturing them, ineffective communication wastes their time and yours, so you want to make sure you’re not wasting their time by talking in such a way that they lose their interest.

Encourage your audience to write feedback honestly. Don’t take it personally when they say something about you that makes you feel insecure. When you get past the shock of the negative feedback, you could find detailed, meaningful feedback with constructive criticism and ways for you to improve. You’ll want to read this because you want to learn what you can do the next time so that future listeners won’t have the same experience.

Don’t remove the opportunity for feedback. 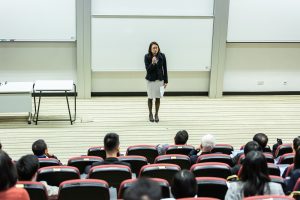 Some people want to forego reading comments about them and designing evaluation forms which only allow the audience to put their satisfaction or dissatisfaction in numbers. A number is only that: a number. You can easily brush off a low to medium rating, but when an audience member speaks their mind and says exactly what they’re thinking about your lecture, it can be difficult to shake off. However, I wouldn’t recommend it. Remember, communication is a two-way street. Not only do you have a responsibility to teach them, they also have a responsibility to tell you what you can do to improve. Having written feedback allows you to see exactly where they’re coming from.

Be direct. When passing out evaluation forms, tell them that you appreciate any feedback. This may seem very simple butdoing so makes the audience feel like they’re given permission to deliver brutally honest feedback.

Honest, constructive criticism is not the easiest thing to read, especially when conducting seminars or talks is your passion or teaching and training is your job. But don’t ignore all the negative feedback. Some of it are actually useful and are written to help you improve the next time you pres 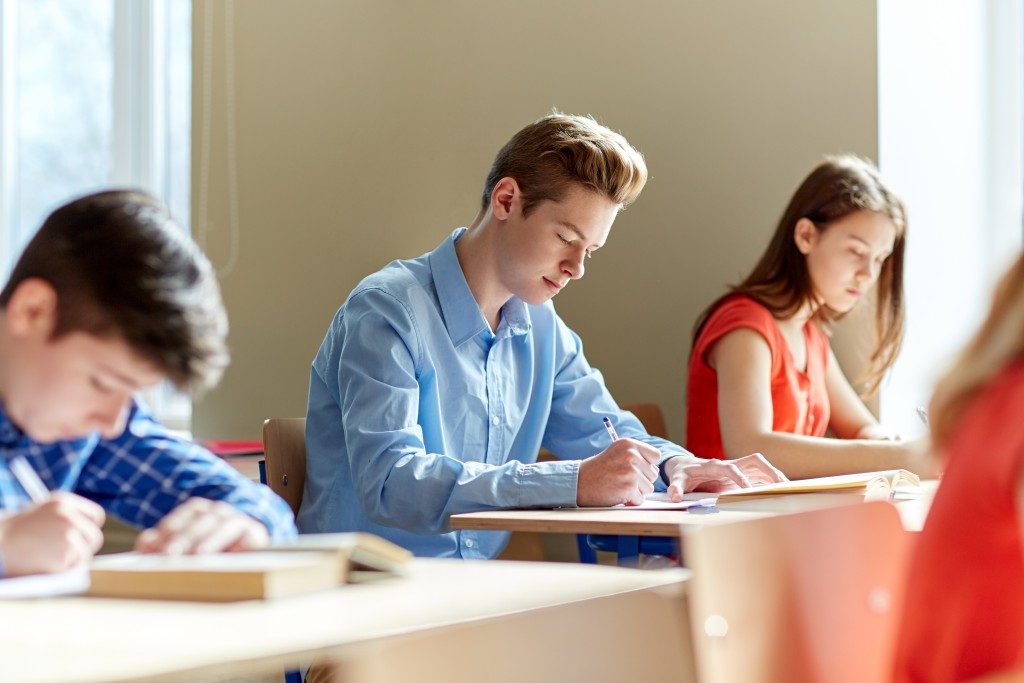 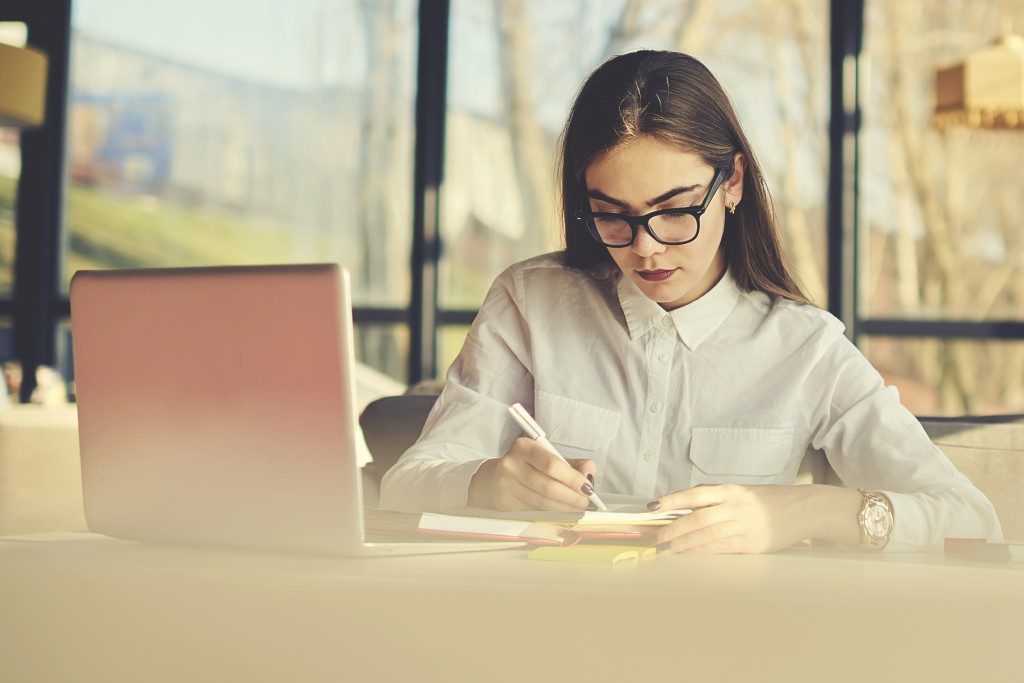 Wilma is a high school teacher and vice president of her school’s teacher association.